React Native is the go-to platform if you’re versed in React and need to develop mobile applications. Instead of using a hybrid approach like several projects out there, React Native aims to develop native applications with the tooling we already use in web development.

For the most part, this approach works perfectly, specially if you’re part of small team and lack the resources to develop full native code for both Apple and Android devices, but you need to be aware of its pros and cons, as in any other decision you have to make. Fortunately, Airbnb published a very nice article covering this subject, so make sure you read it.

And after doing your own reserch, you decided that React Native will work just fine for your needs, so now what? Well, this article will show how to get your app up and running on simulators for both iOS and Android devices, as well as how to set up your project.

To use iOS simulators, you’ll need a Mac. You may be able to run your app using services like Appetize (which I haven’t tested), but given that my main development environment is macOS, this is what I’ll focus on this article.

Many web developers out there are used to installing only the command-line tools, without the Xcode IDE, so they can build extensions or even use homebrew. To use iOS simulators, you’ll need the full thing, so go to the App Store and install Xcode. 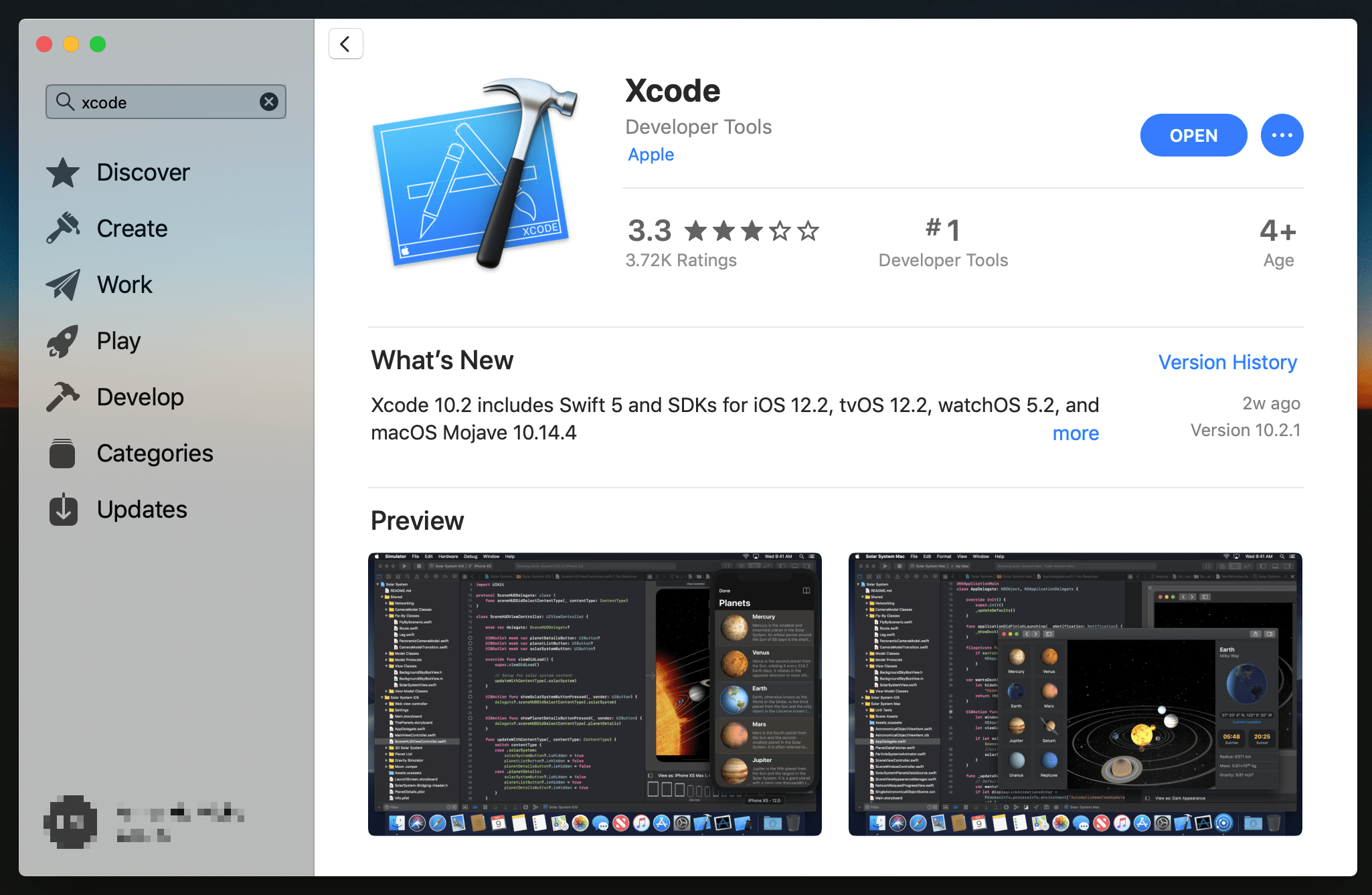 This may take a while. When is done, open Xcode and install the extra components.

Now, you can install the iOS simulators. Go to “Preferences > Components” and download as many simulators as you want. I usually install only the latest version, but that’s on you and how far back you want to support. 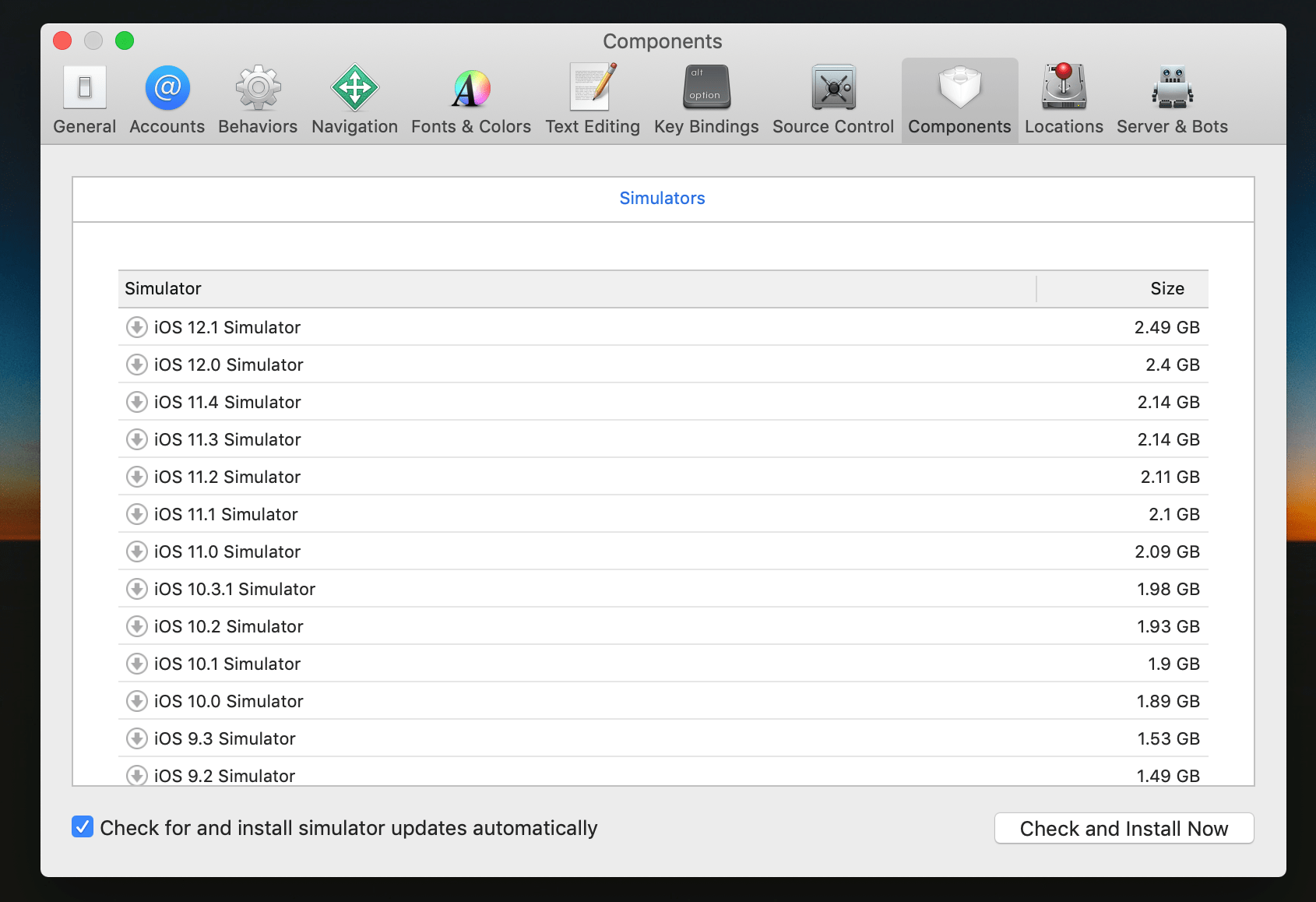 Android’s ecosystem is different than Apple’s. First, you can install several third party emulators, some free, some paid. If you don’t want to choose, just use Android Studio, the official IDE.

After downloading Android Studio, move the app to your /Applications folder. 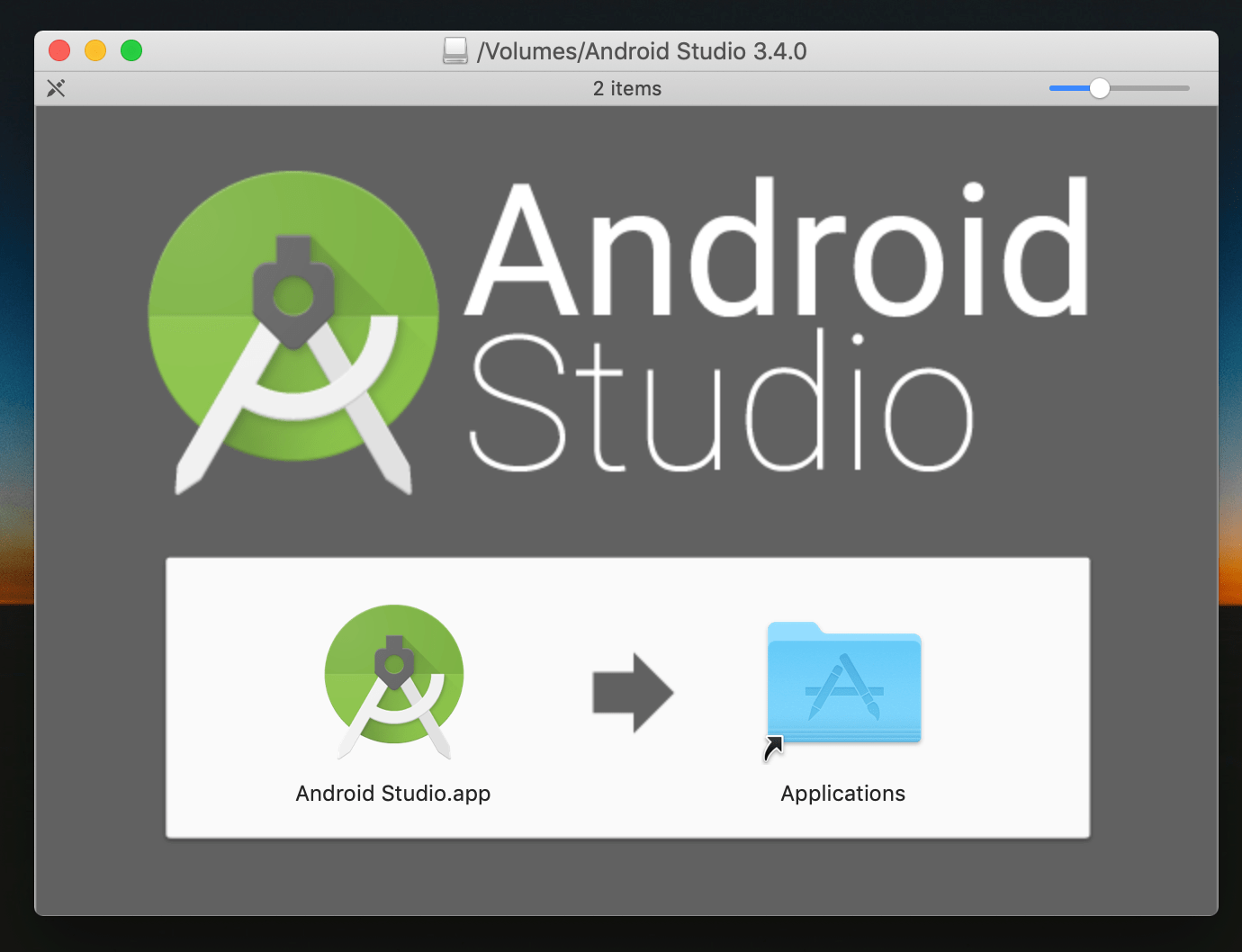 Now, open the app and follow the instructions. If you don’t have an Android SDK available, you’ll see a screen like the following: 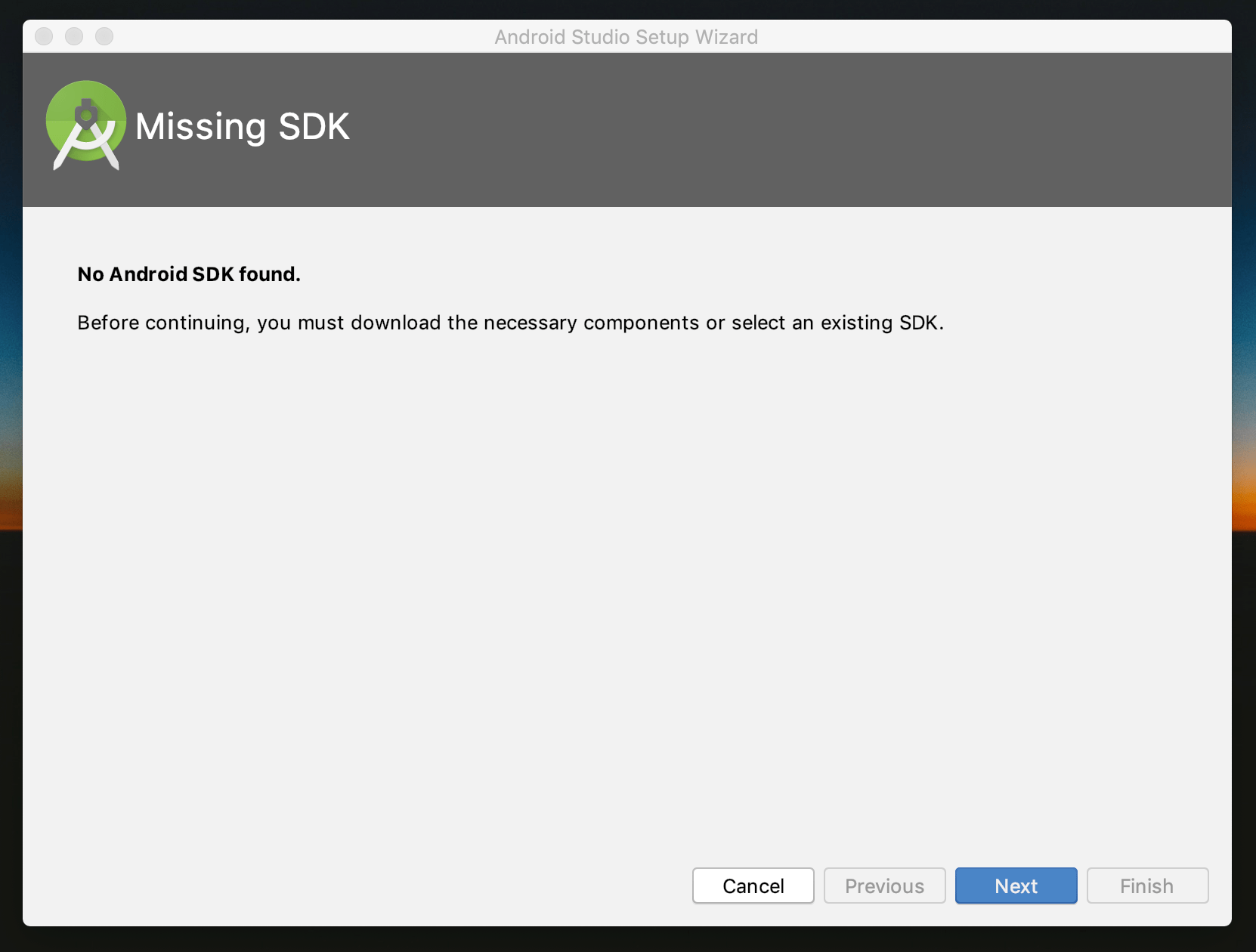 Just click on “Next” when Android Studio will install it for you. 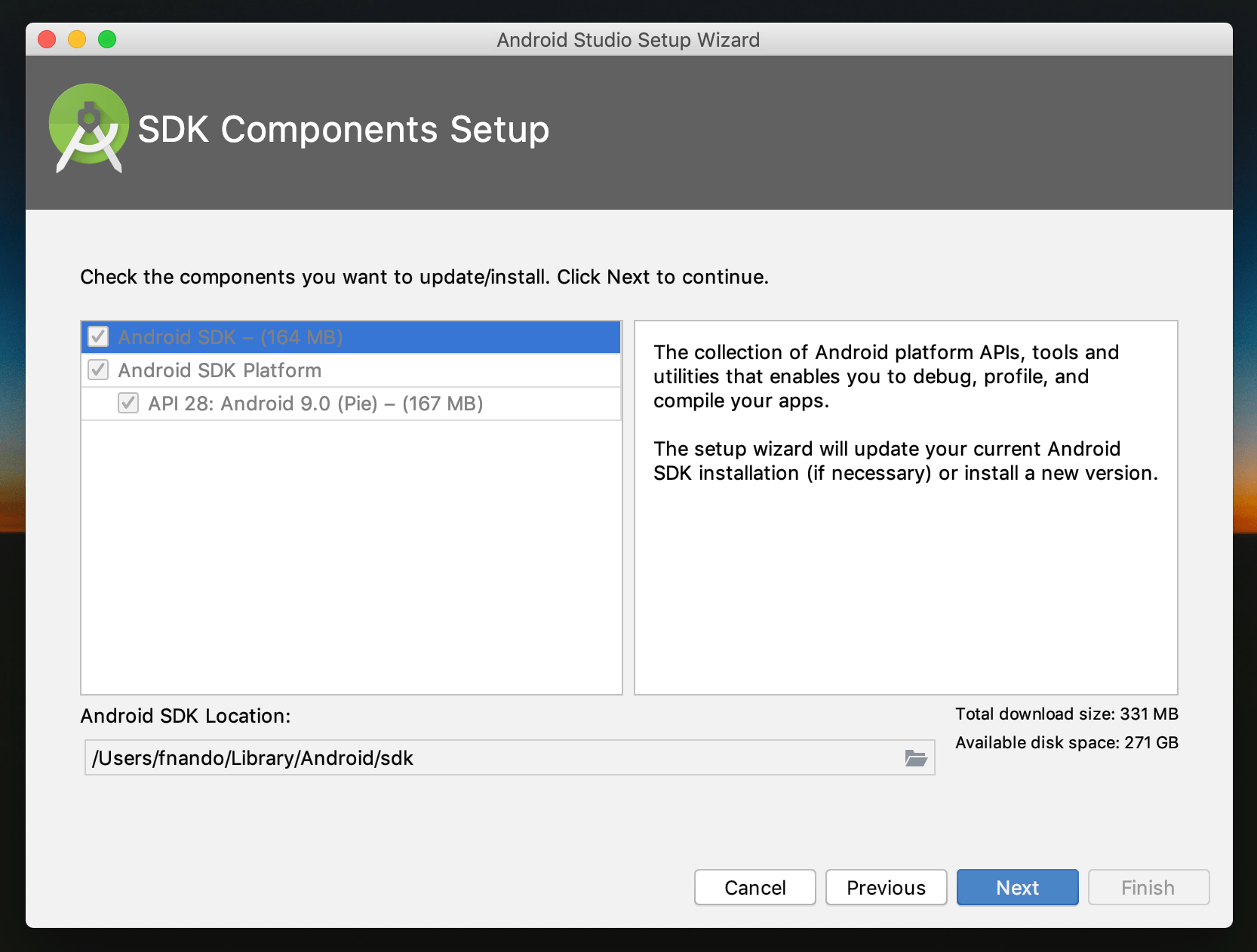 When is done, you be presented with a welcome screen. 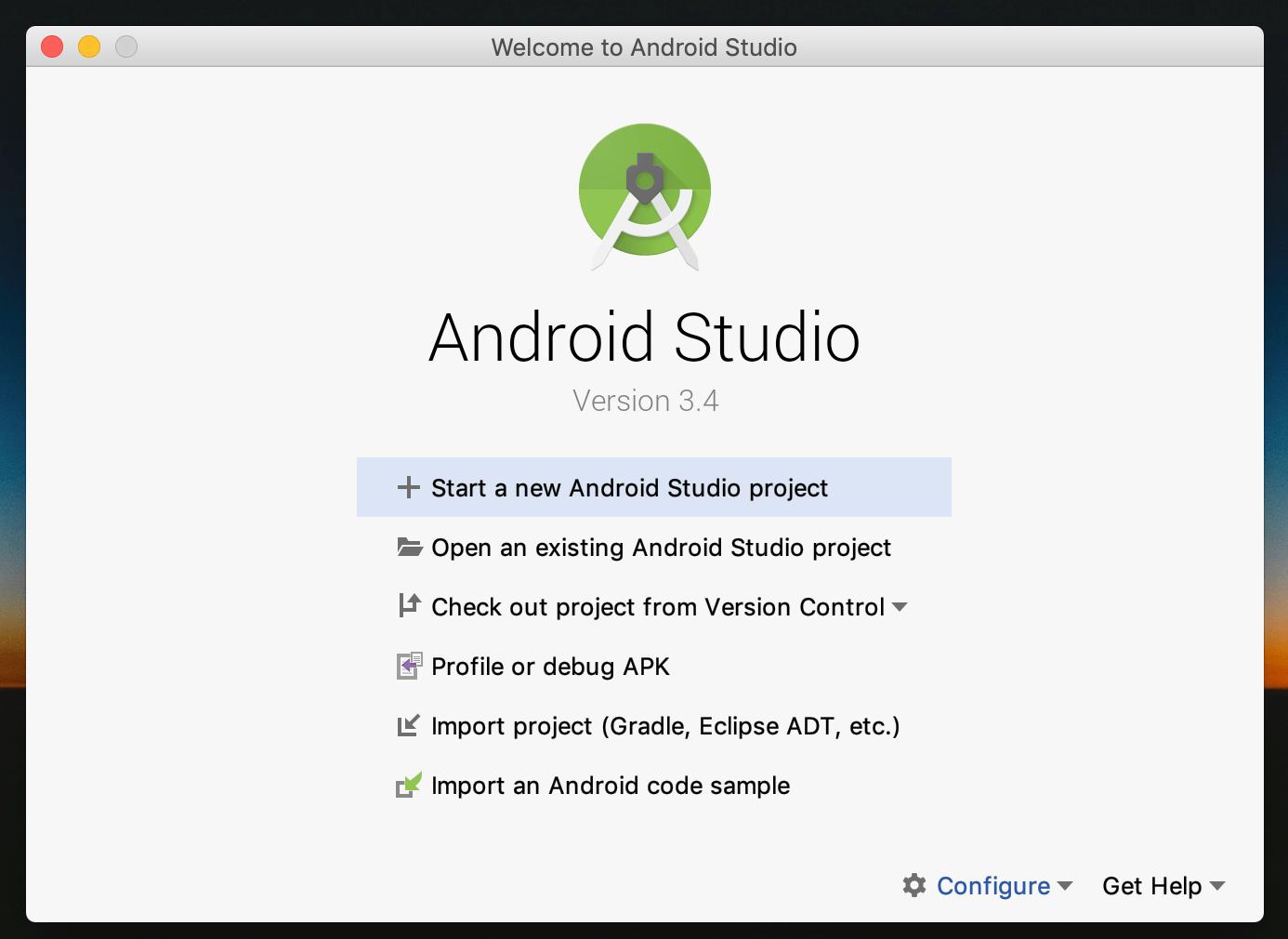 Go to “Configure > SDK Manager”, then head to “SDK Tools”. Click on the checkbox to install the Build Tools, which will be used by React Native command-line tools. Click in “Apply” to install it. 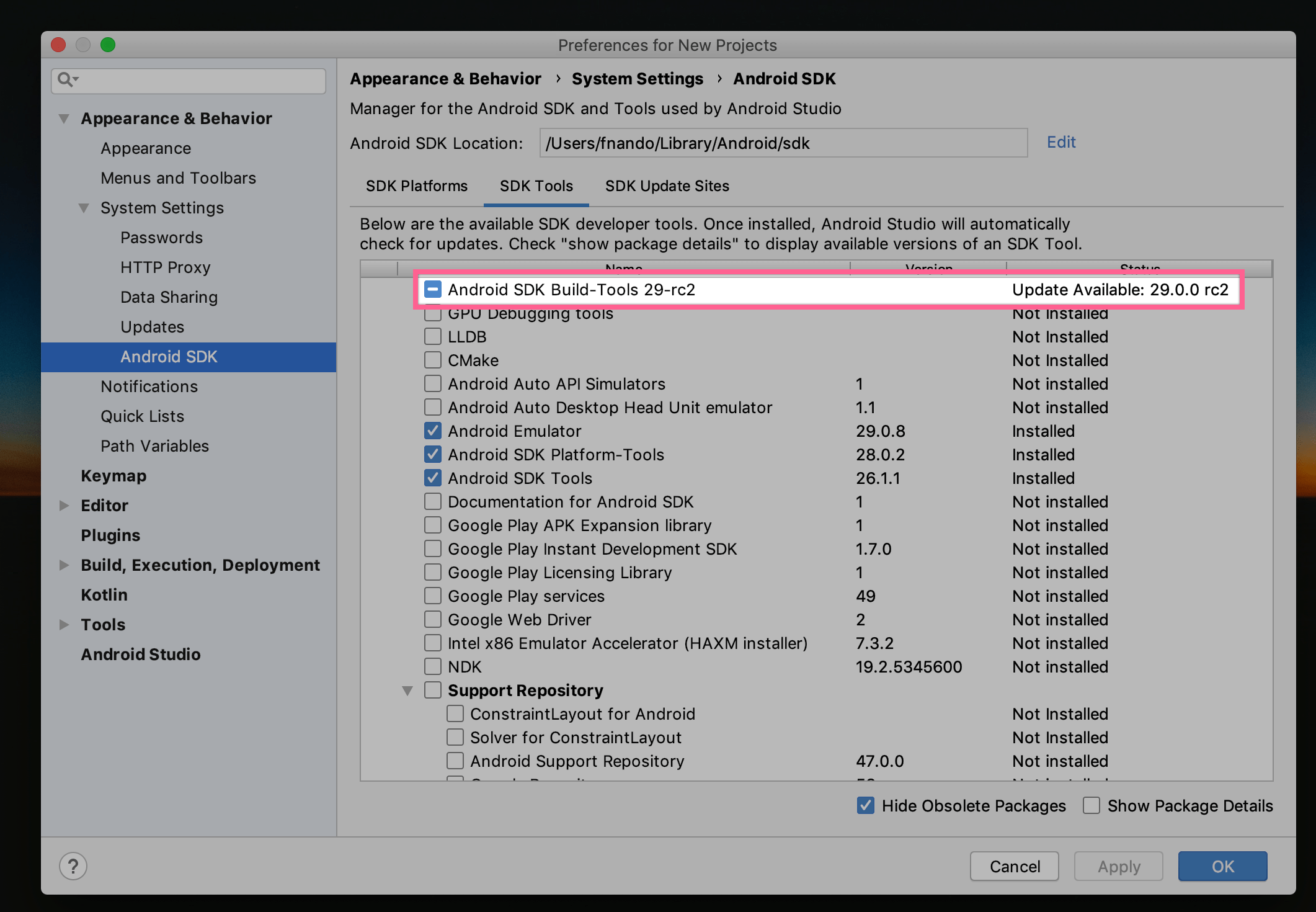 Now, notice the Android SDK Location available on the image above. You’ll need this value to define an environment variable on the terminal. This is where things get tricky because you may have configured your terminal different than mine, but in general lines, you’ll have to do one of the following:

If you see anything too far from the above output, make sure you added the export lines to the correct files and restarted your terminal.

Finally, you can create a virtual device. Back to the welcome screen, go to “Configure > AVD Manager”. 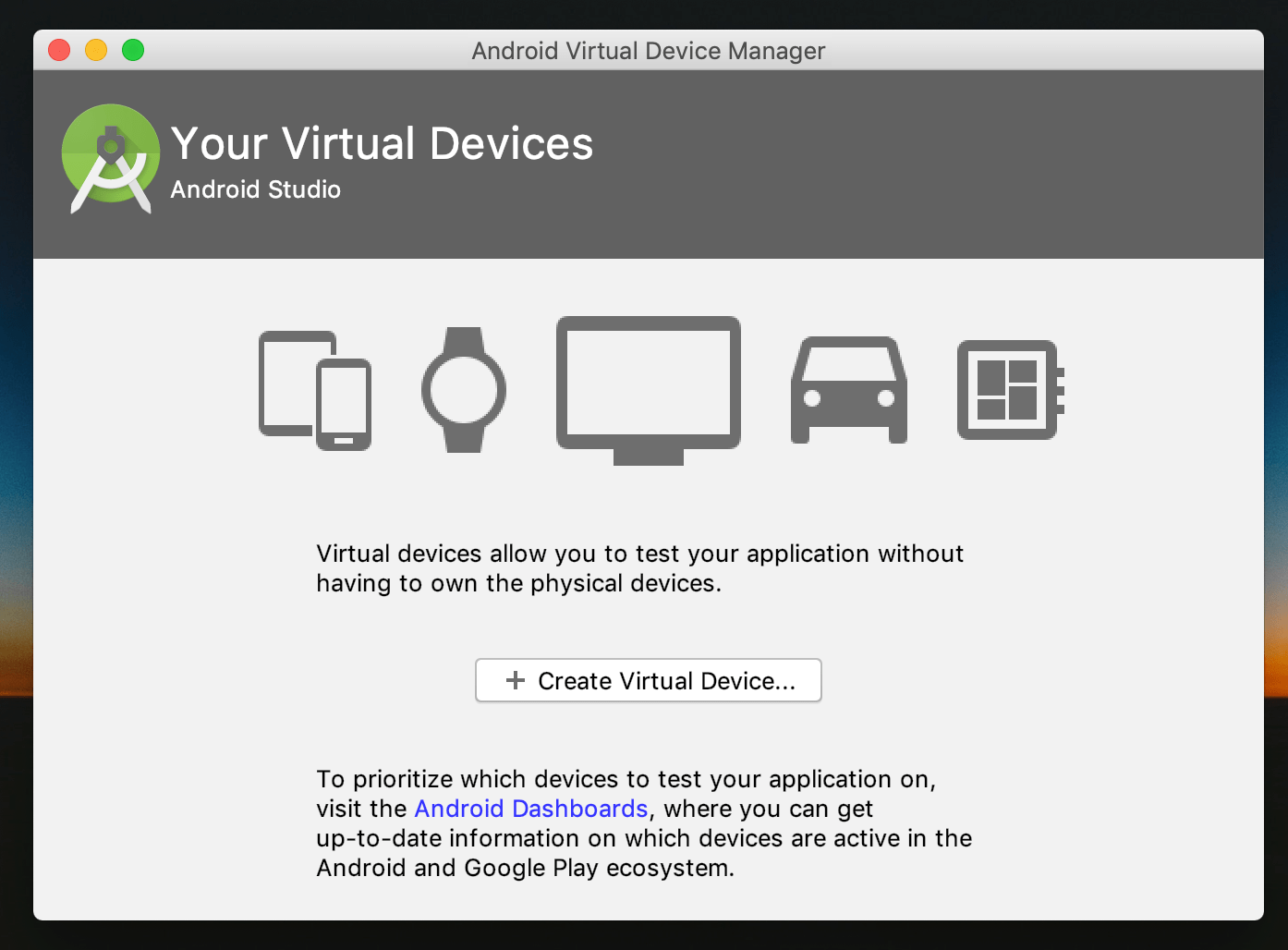 Click on “Create Virtual Device” and select a device definition. In this example I’m selecting Pixel 3. 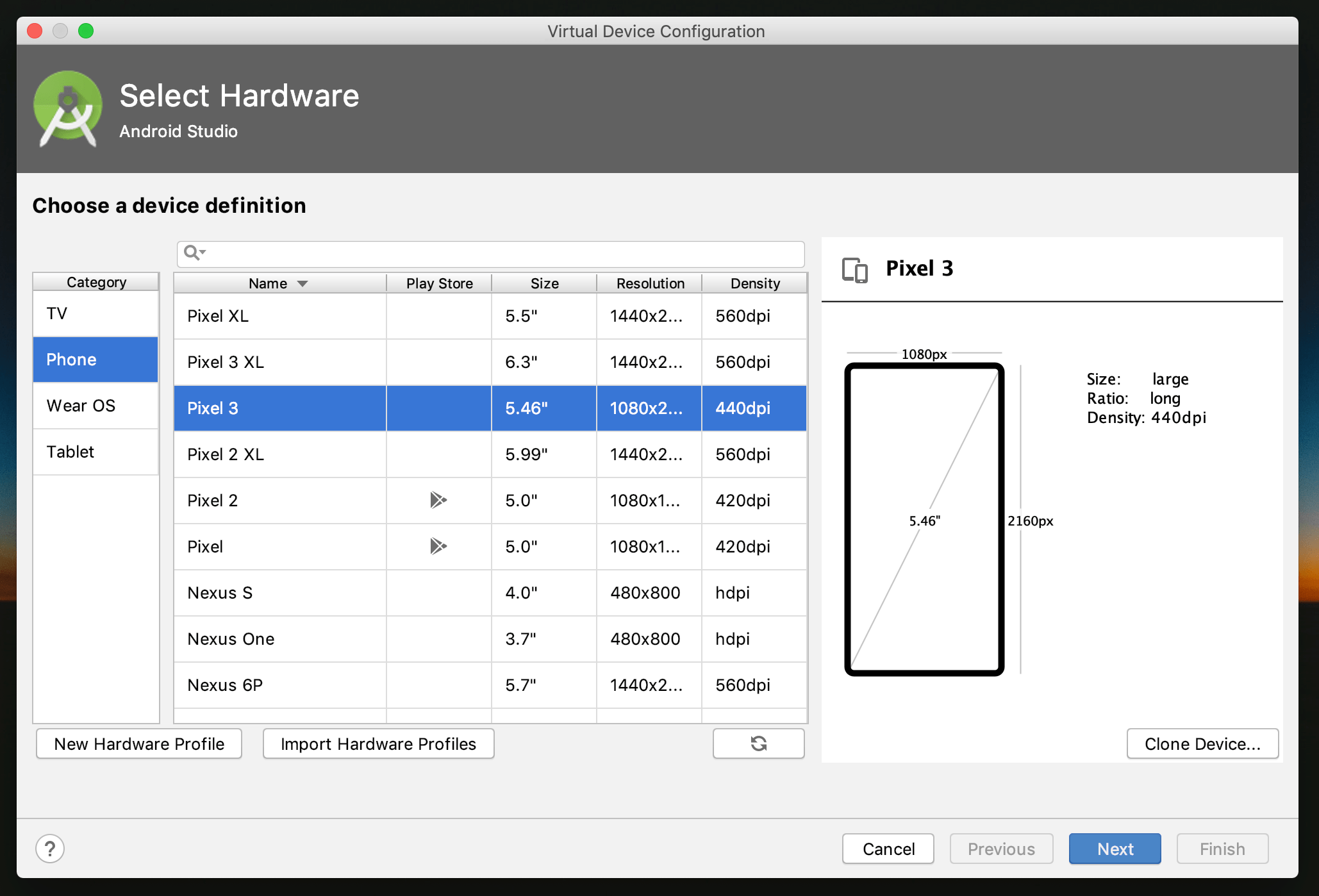 When you’re done, click on “Next”. Now you have to choose which Android version you’re going to use. You can go with the latest stable version available, which right now is Android Pie. Make sure you click the “Download” link. 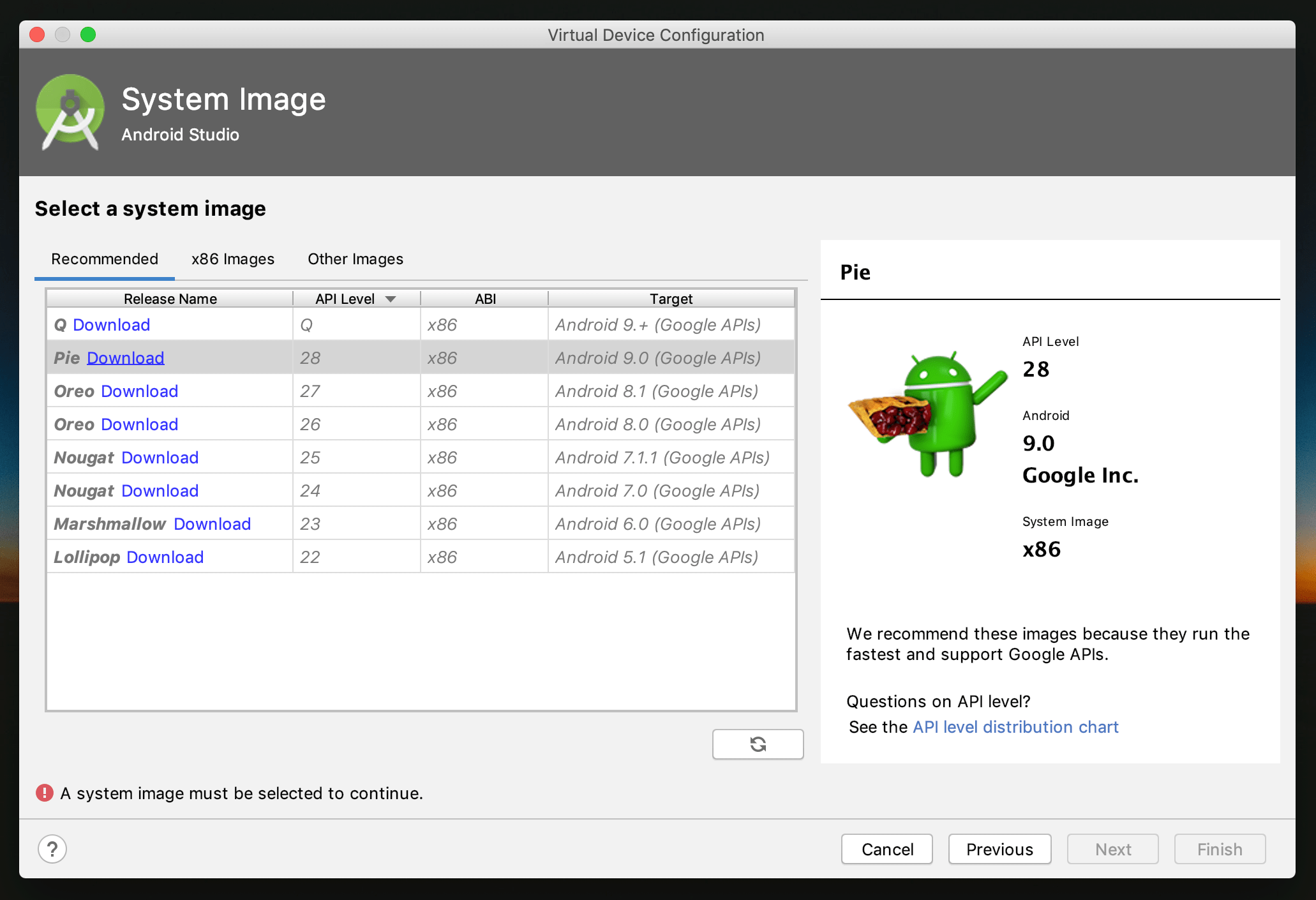 After downloading the system image, click on “Next” once more. You’ll be presented with the device profile you’re creating. Just click “Finish”. 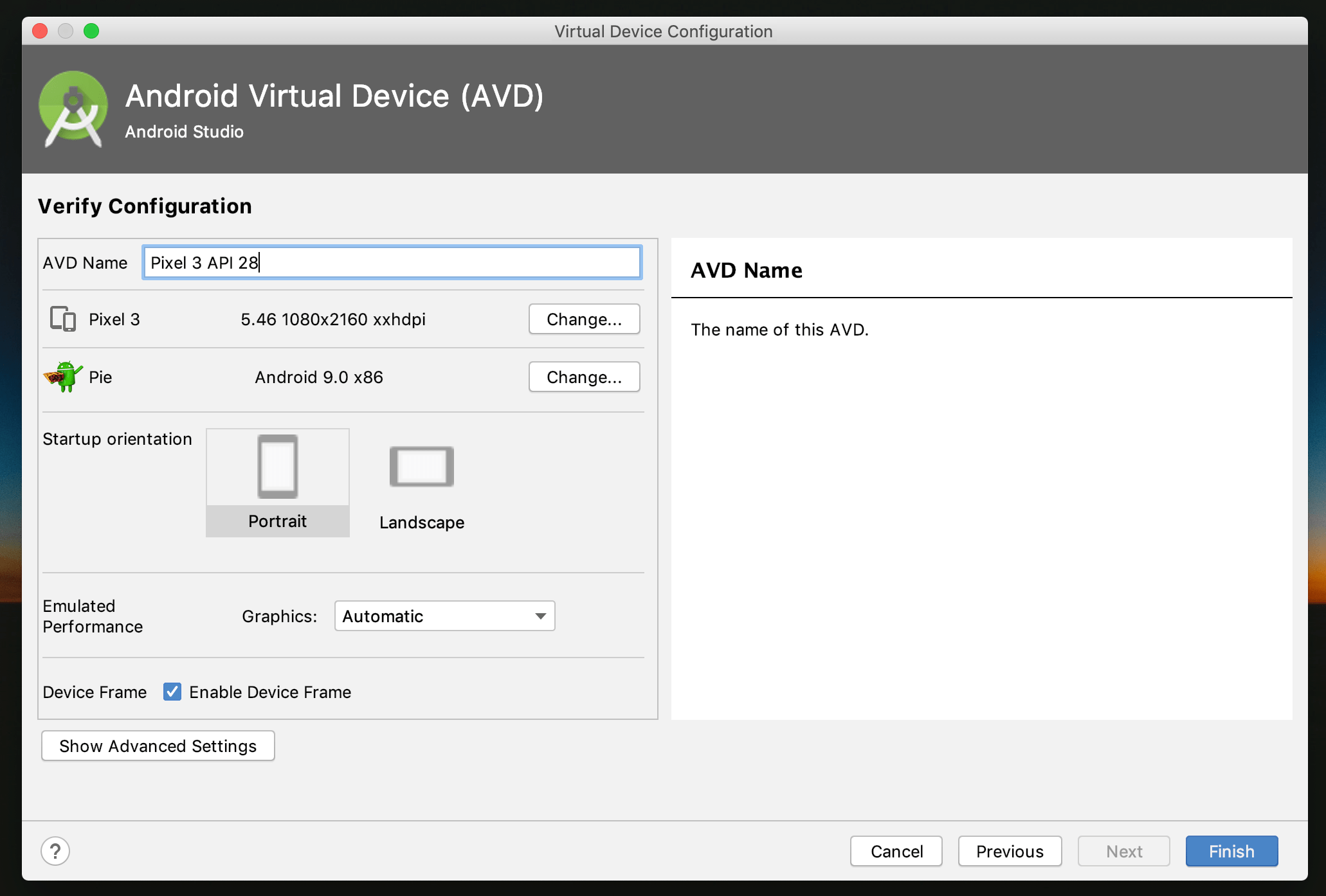 Now you’re back to the list of virtual devices available on your computer and you can always create more. 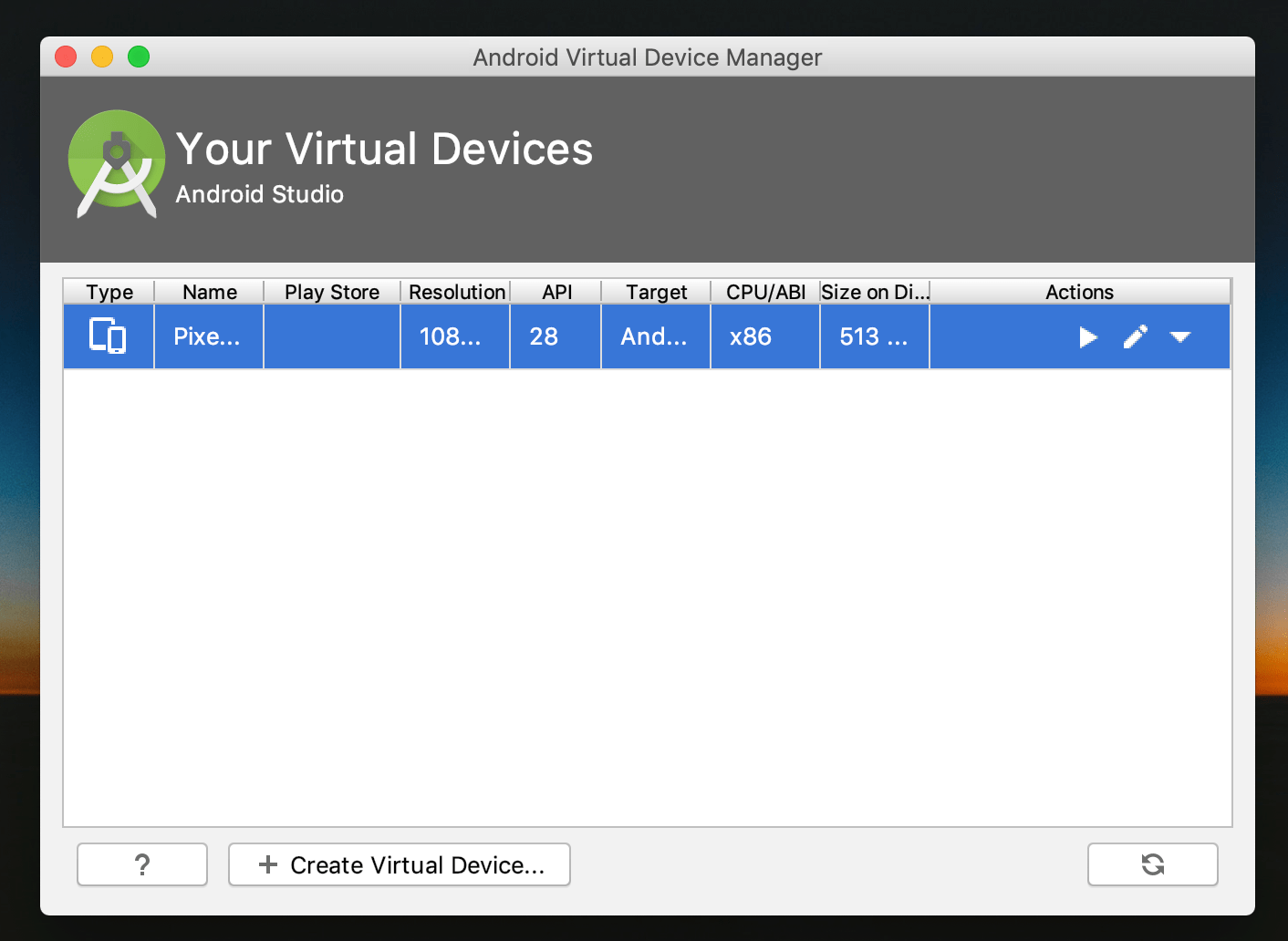 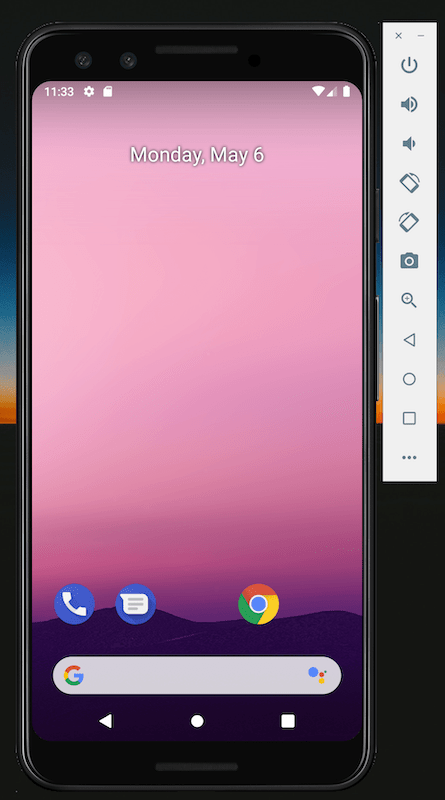 Congrats! You’re done with configuring emulators. Now, let’s spin up a sample app and run it on both simulators.

The official documentation recommends installing react-native-cli globally, but I avoid installing global packages. We’re going to use npx to generate the app skeleton.

Go to the projects directory with cd sample and run react-native run-ios. This will compile the app, install it on the emulator and run a separate tab with Metro, the JavaScript bundler for React Native developed by Facebook.

This is the tab you should keep an eye on because any errors while running your app will be outputted to it. After everything is up and running, you’ll be able to see the sample app running on the iOS simulator. 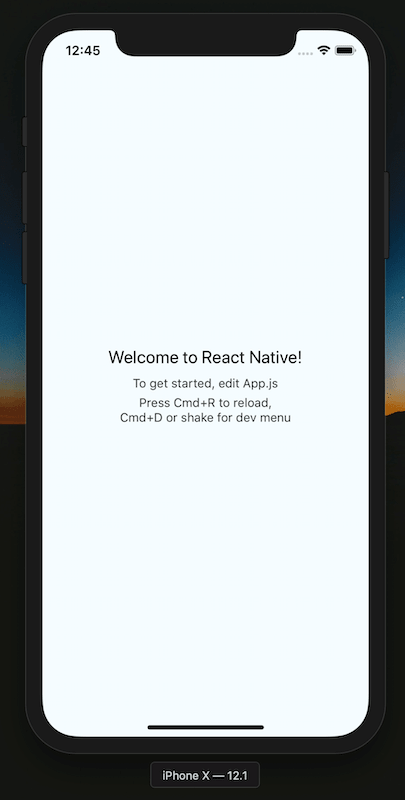 Great! What about Android simulator? Make sure you have the virtual device running (remember, from the Android Studio’s welcome screen, choose “Configure > AVD Manager”, then press the play button). You can check for running devices by executing adb devices.

Now, you can run react-native run-android. This will also compile a bunch of stuff and initialize the emulator.

You’ll be able to see the app running on the Android simulator if everything went smoothly. 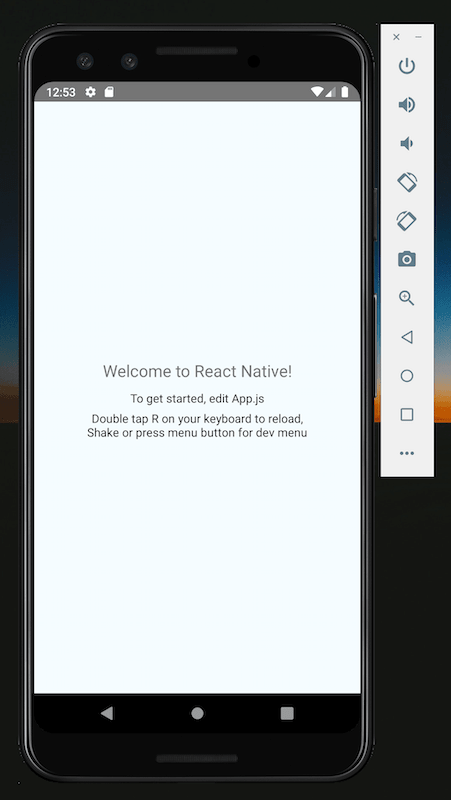 At some point you’re better off testing your apps on physical devices. This can help you fix bad user experience that wouldn’t bother on simulators.

Running the app on your iPhone

First, you have to select a developer profile. Click on the project name and go to the target you’re building (in this case, sample). Change the bundle identifier to your own domain, otherwise you won’t be able to build the project. Then click “Add Account”, enter your Apple ID and password, and select your name under the dropdown. You may also have to select your developer account for the sampleTests target. 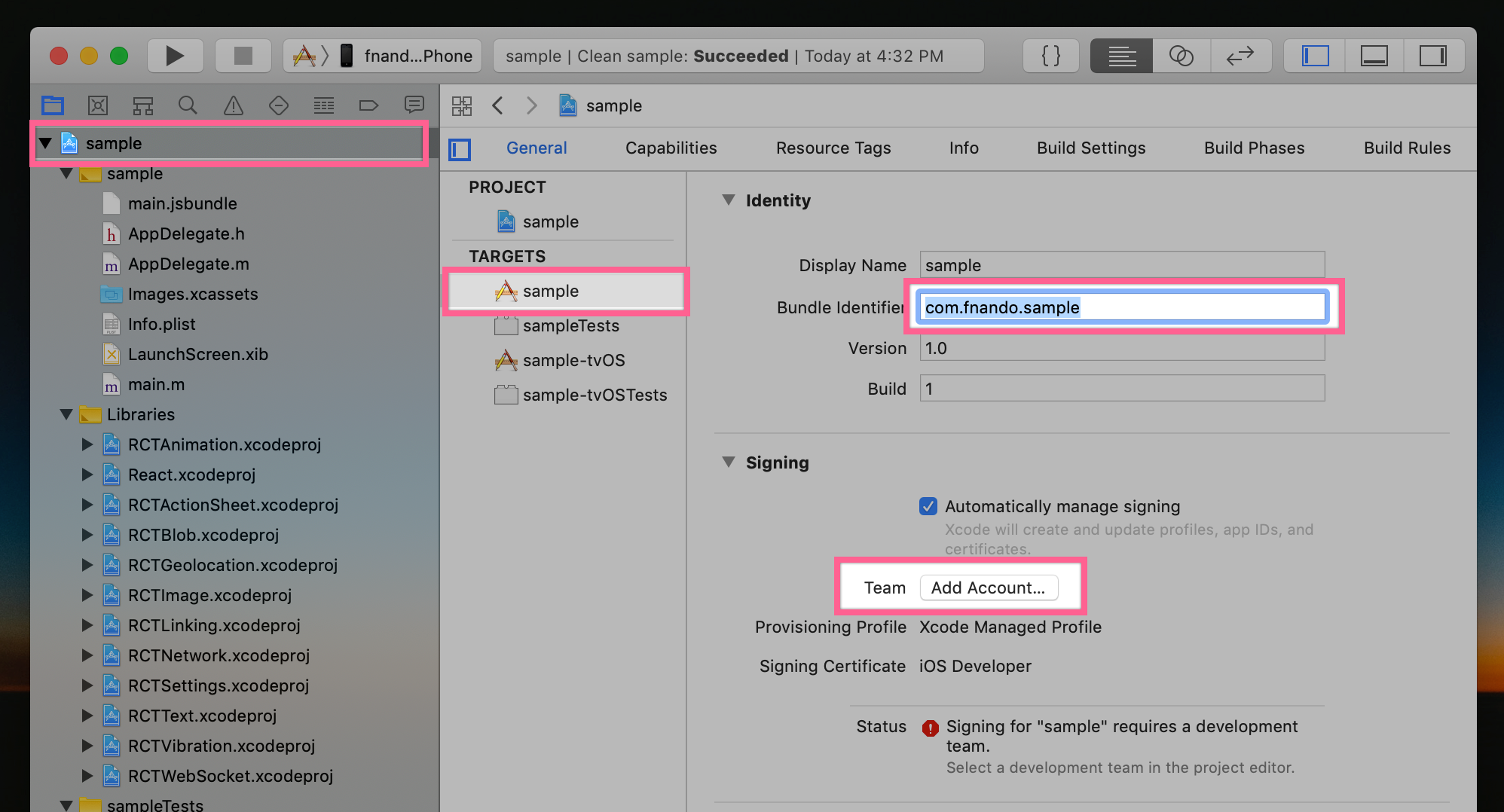 Connect your iPhone to the computer and click the simulator selector. 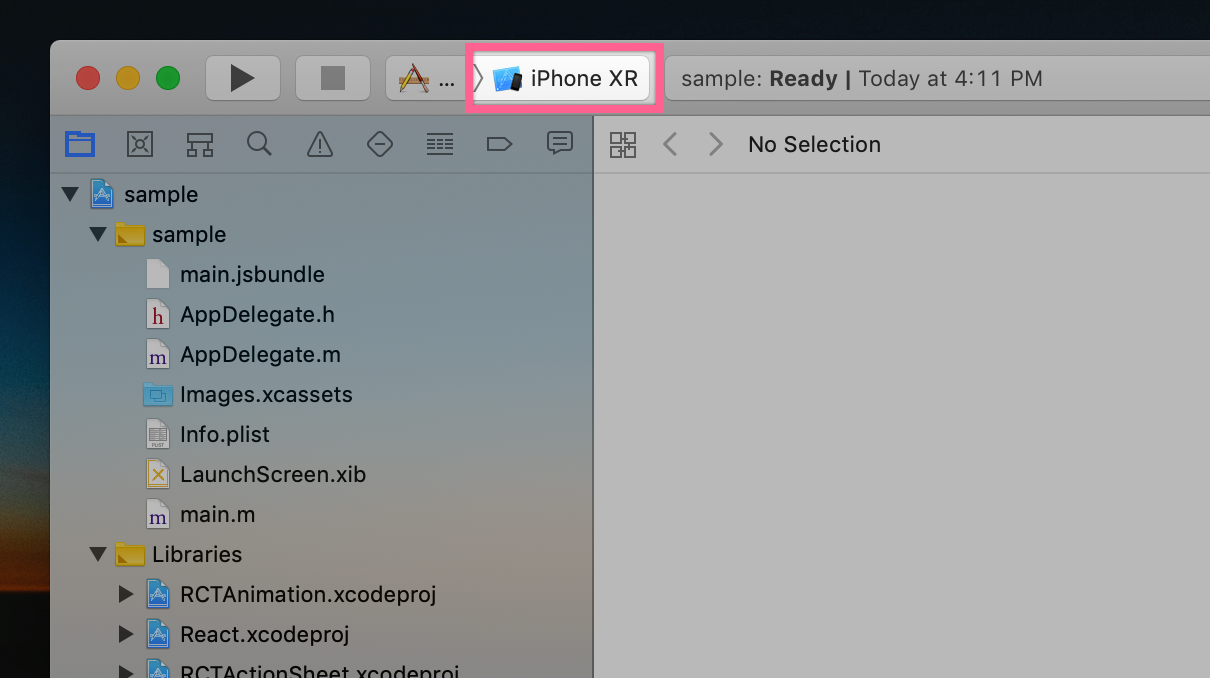 Your device will be available on the top of the list. 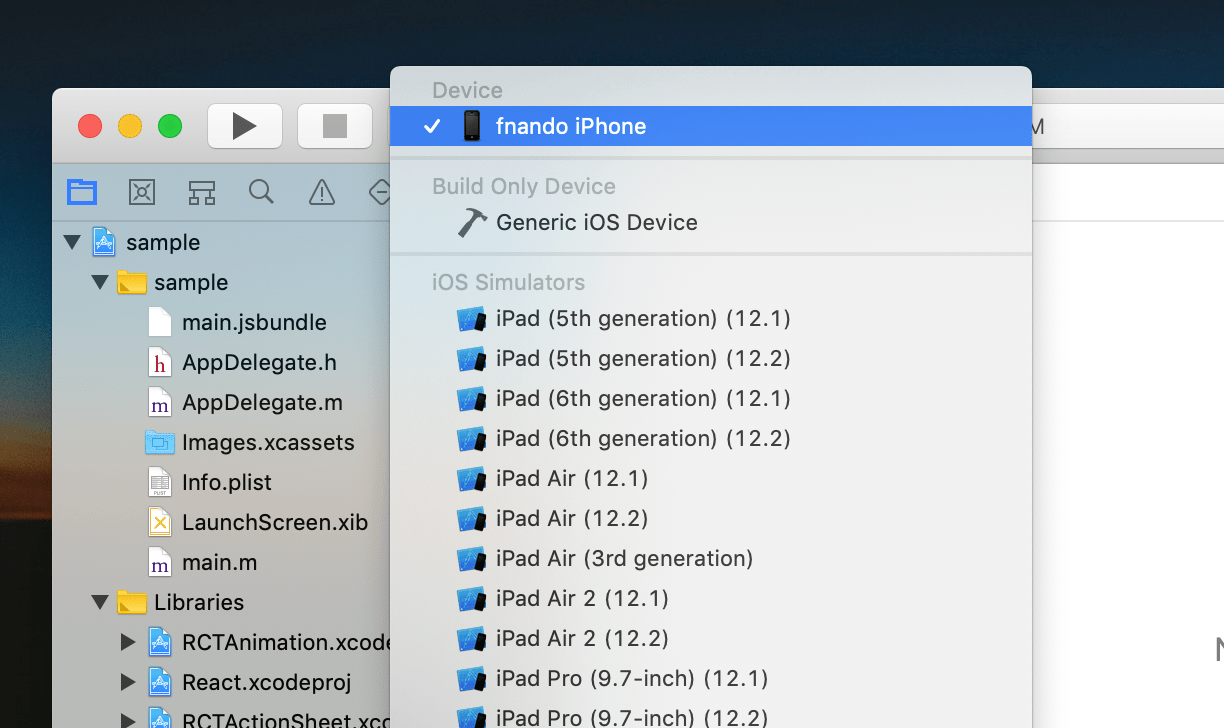 Finally, click the “Build and Run” button, or press cmd-R. This will install and open the app on your iPhone. 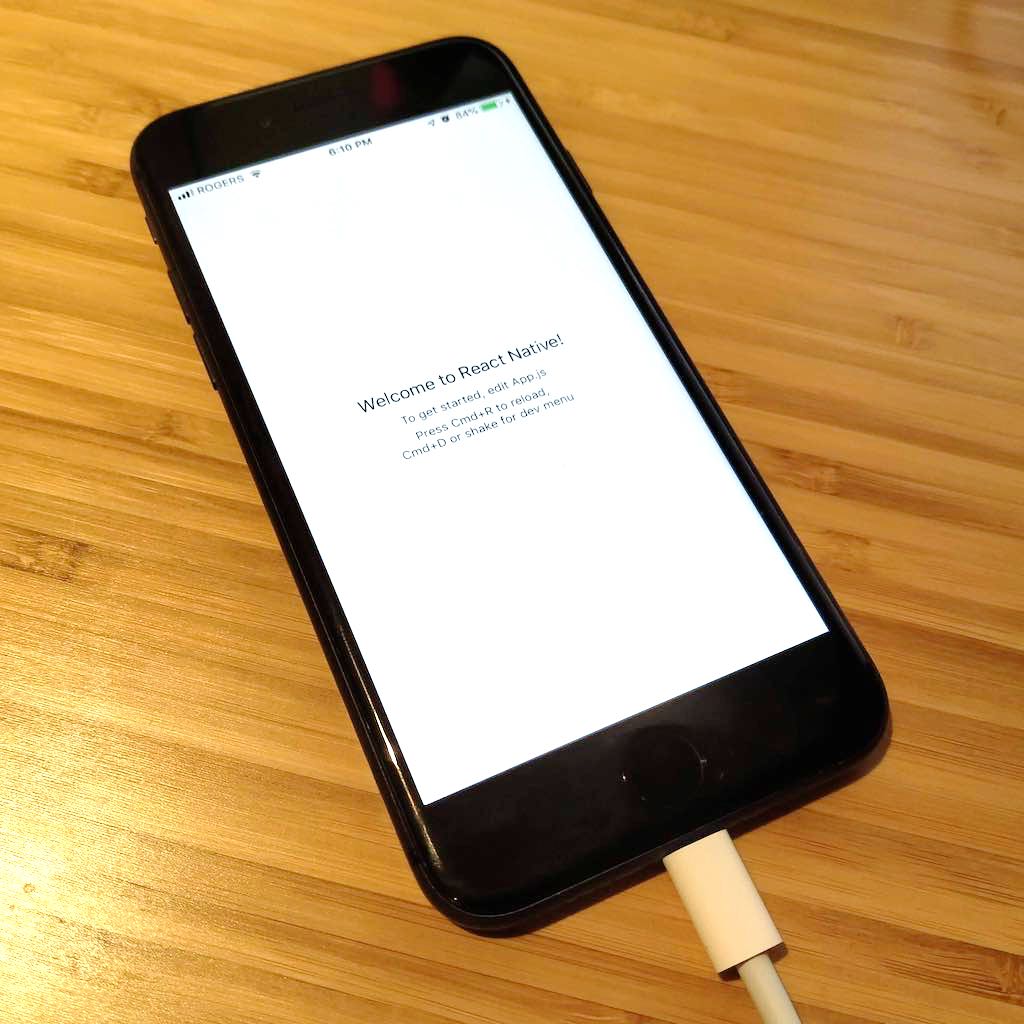 Running the app on your Android

I didn’t have an Android device, but decided to buy one to test the app on the real thing. After some research, I decided to buy a Xiaomi Mi A2 which costed me around $170 on Amazon. It’s a very nice device, even for daily usage. The good thing about it is that it comes with stock Android, and not the shitty modified version that some companies ship (looking at you, Samsung).

To verify that your device is ready, run adb devices on your terminal.

Now, run react-native run-android. This command will install and open the app on your Android device. 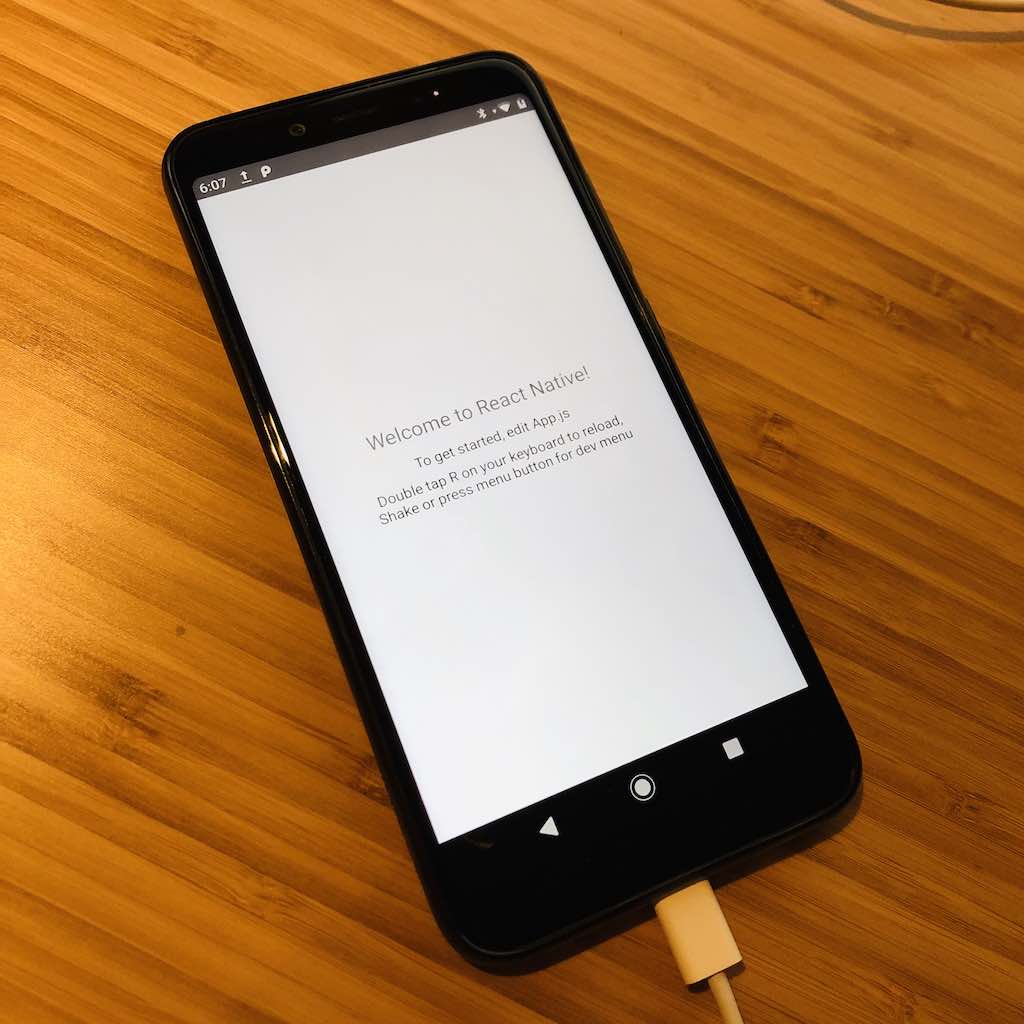 This step is optional, but if you’re planning to release your app as an open-source project you may consider using TypeScript, the typed language that compiles down to JavaScript, created by Microsoft.

For new projects, all you have to do is running the generator with --template typescript.

For existing projects, you’ll need to manually configure everything that the TypeScript template provides. I won’t cover this migration process here, so make sure you read the article published on the official blog.

Despite all the efforts on developing the ecosystem, React Native is still immature and you’ll find that developing apps can be challenging. But even with all these difficulties, I consider React Native the best solution for small companies/teams that need to develop native apps.

Before deep diving into React Native, ask yourself if a PWA is a viable solution. Unfortunaly, PWA comes with its own challenges, like a different mindset for installing apps and inconsistencies between Android and iOS, as well as several device limitations, but it may be a good first step towards mobiles apps when responsive web is not enough, but React Native is too much.